ISo the gifted creator of Dragon Trio, Winston Jordan, developed a MASSIVE world for his stories. It was so detailed and diverse, he felt that he would lose potential readers with everything that is going on.
Then inspiration struck!
He came up with a guide for new readers to pick up and navigate the stories background and bios before they picked up an actual copy. I obviously jumped for joy when he suggested it.
So now he finished it and it's in the process of being pre-pressed for digital, physical, and mobile release.
Stay tuned for more info!
Because we are teases at Theory Empire, we included the cover of the guide. :) 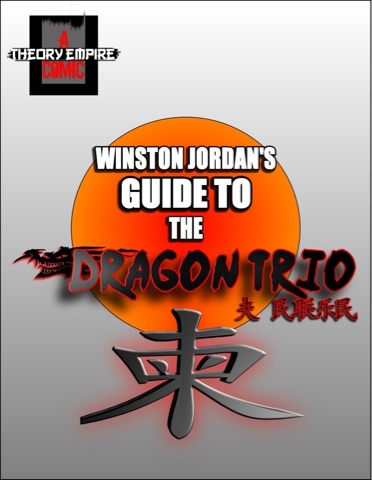 Posted by CireWire at 8:18 AM No comments:

Looking for new stories for the Theory Project anthology!

If you are a writer, artist, or comic creator then you are qualified to be in the Theory Project anthology. We are accepting short stories, articles, art pin-ups, and comics for the magazine. Feel free to send submissions to djcire956@gmail.com for consideration.
Posted by CireWire at 11:56 AM No comments:

Hello all!! Theory Empire Comics is releasing a new Graphic Novel titled Indigo by Aaron Cobbs and we just need an artist to bring this comic to life! He needs a hard working individual who can work with his criticisms and backend pay.

Then Eric Gutierrez Jr., the creator of Sato, is writing a new web comic for MMORPG gamers and once it's finished, we will be looking an artist as well IF Eric decides not to draw.

Posted by CireWire at 4:33 PM No comments:

Only a couple of stories left to complete the anthology part of the magazine!
Posted by CireWire at 9:40 AM No comments:

New trailer brought to you by Winston Jordan!

All-Star Weekend was a blast!

So UMG went up to Houston last weekend for a performance for the All-Star Weekend. I had to say they killed the show don't get me wrong the other performances were on point, but it's not everyday that Theory Empire headlines a show. In Houston. During All-Star Weekend. With GT Garza, Boss Hogg Outlawz, and Swishahouse. It was an amazing experience and we were glad to spend it together. They performed solo and with L.E.$. of Boss Hogg Outlawz, I suggested to Change to maybe getting GT Garza on stage, but he responded with a kick in the chest and a "Fuck That!"

The only thing that killed our mood was the Galleria. Yes, the Galleria. Before you grab your rope and torches, let me say that it was a beautiful mall full of expensive shit--obviously. Celebrities left and right such as Waka Flocka. We spent close to an hour or so trying to find parking. My wife was ready to kill someone, Change and Jay were crying over their weed connect (aww), and I couldn't avoid making comments about the fads in Houston.

After 3 hours of shameful buying and window shopping, we all finally left only to be stopped by some hustlers (no, not hustlas) who wanted to play flip the cap. Obviously, we all saw the scam except for Change who had already put up $200 to play before the dude even finished explaining the rules. He lost. He cried. We went back to the hotel.

The night was pretty good, UMG got to perform at Zona Latina and we drank A LOT of Jack and Coke (Change's preferred poison) except for Jay...poor underage Jay...we made him watch. Although, he enjoyed the H-Town booty, and got some on footage for who knows what.

After hours of drinking and cussing, we finally took off from the club, only for hunger to get the best of us. Change decided it was a good idea to walk in a city that none of us are familiar with, a wad of cash in our pockets, and 30 degree weather. Such a tactician.

We ended up in a mexican restaraunt eating burritos the size of our heads while we waited for taxi after my wife violently threatened Change to do so while eating her plate of enchiladas. We got back to hotel, packed up our stuff, got a couple of hours of sleep, and went back to our beloved Laredo.

Posted by CireWire at 7:25 AM No comments:

Meet Andy. He's low-key, mellow, enjoys long naps, and has had 2 ex-girlfriends. And on top of that, awesome super powers. In "Battlefield", find out how Andy and friends deal with this, and who else is watching in the wings.

Written by A. Cobbs, drawn by A. Armstrong, cover by S. Medina 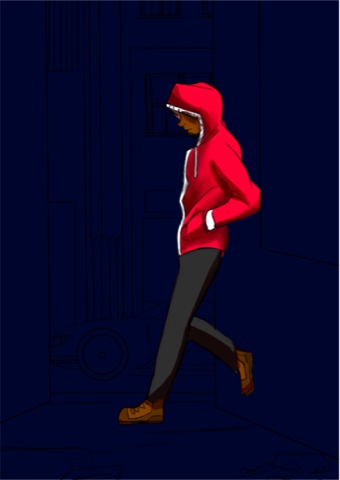